In 1946 when the Saint John Vianney Center opened its doors, it was placed under the patronage of this humble and forgiving parish priest. Each year at the Center we celebrate the feast day of St. John Vianney in August and commemorate our history with Founder’s Day in September.

The Importance of Saint John Vianney to our Center

Throughout the history of the Center, the many priests, brothers, and nuns who have come for healing have found a supportive companion and intercessor in Saint John Vianney. 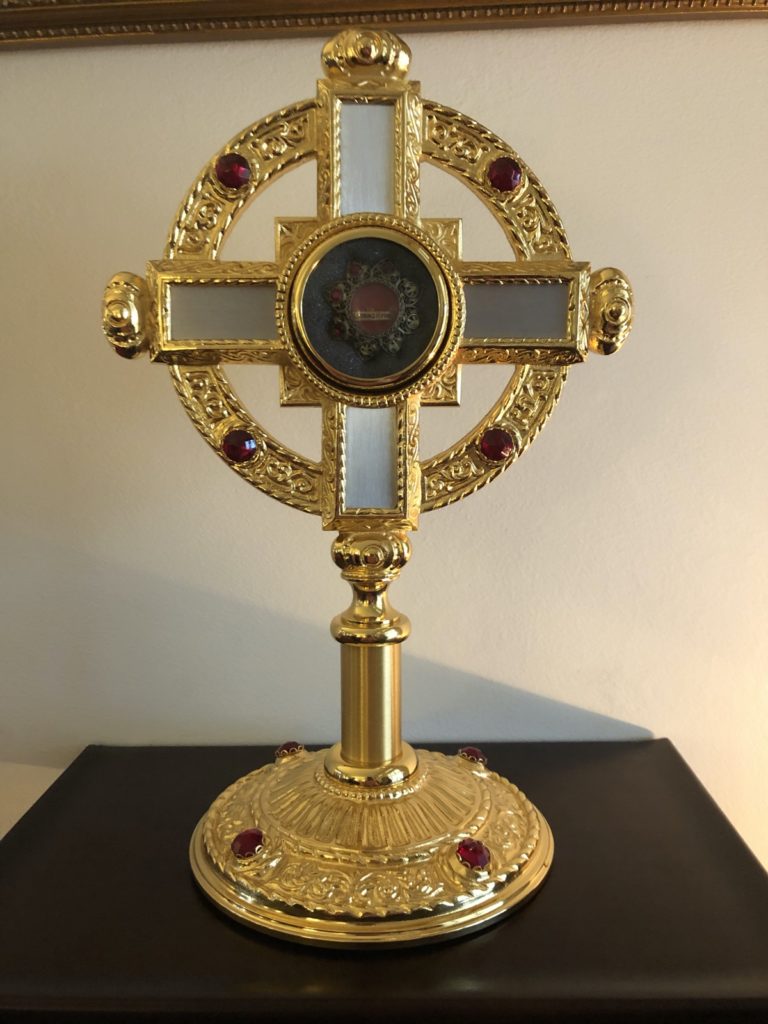 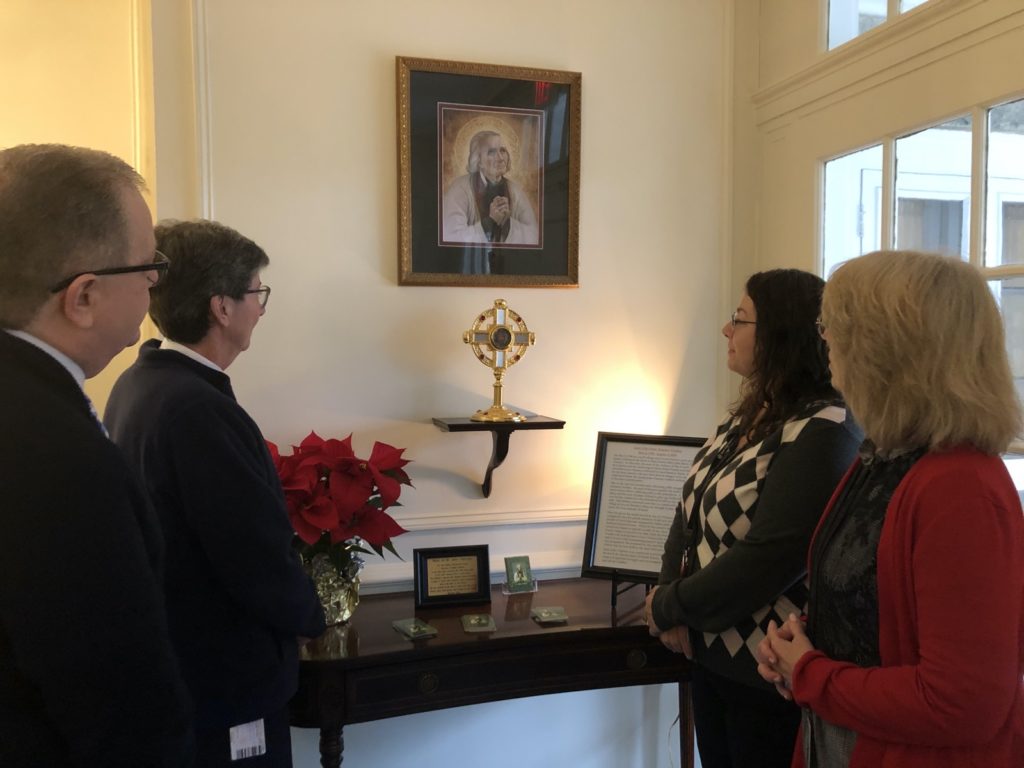 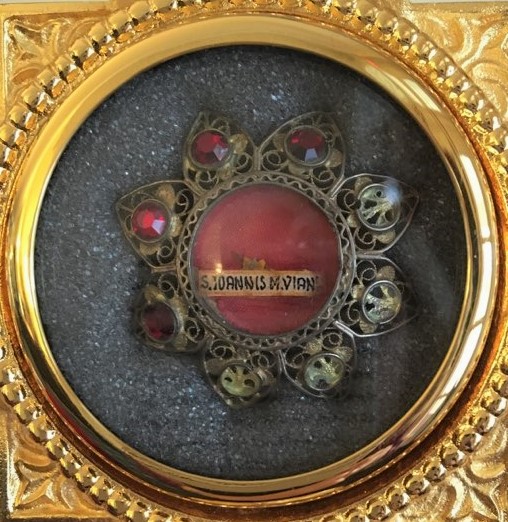 The Center’s Chapel contains a reliquary with a first class relic of Saint John Vianney. Many residents take time each morning for prayer at the reliquary before Mass.

An additional reliquary with a first class relic of Saint John Vianney has been appropriately placed in our Administration wing so that staff and visitors can also call upon the prayers of this humble parish priest.

This relic belonged to the late Bishop Christopher Jones, Diocese of Elphin, Ireland and was gifted to Saint John Vianney Center by his nephew, Mr. Hughes Jones of Dublin.

On May 8, 1786 in a small village near Lyon, France, a poor peasant family celebrated the birth of their fourth child, John Marie-Baptiste Vianney. At this time, because of the violence of the French Revolution and the outlawing of Mass, John’s family was forced to attend secret Masses celebrated in local farmers’ barns. Inspired by the brave priests who put their lives in danger every time they celebrated Mass, the young John Vianney wished nothing else than to become a parish priest.

Due to the lack of a formal early education, John struggled with his seminary studies. Because of his poor grades, his bishop had reservations about ordaining John to the priesthood. After some delay and because of John’s refusal to give up, Father John Vianney was finally ordained to the priesthood in 1815 at the age of twenty nine. His bishop cautiously sent him to a small and out-of-the-way village of Ars-en-Dombes where he thought Father Vianney would cause the least amount of harm.

Once he got to his small church in Ars, Father Vianney threw himself completely into his parish ministry. It did not take too long for the people of Ars to become inspired by Father John’s great faith and his dedicated pastoral care. Word of this priest’s spiritual insights and sensitivity began to spread outside of Ars. Soon people from all over France began to travel to see him. Each day hundreds of people would wait in long lines to have Father John hear their confessions and to receive this unassuming pastor’s spiritual advice and encouragement. He remained in Ars until his death at the age of 73 at which time he was held as the most beloved person in all of France.

Saint John Vianney was canonized in 1925 by Pope Pius X and declared the Patron Saint of Parish Priests. Today, he remains a source of spiritual strength and encouragement for priests, religious, and all the faithful.